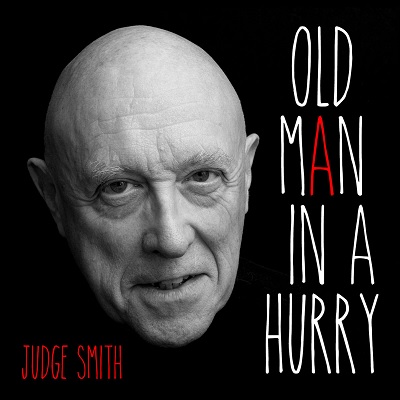 Judge Smith will probably always be best remembered for forming Van Der Graaf Generator with Peter Hammill in 1967, but since then he has been involved with many other musical projects including opera, musicals, various bands and collaborations and now he has returned with his sixteenth release. Before I get onto the review itself, I must say I wish all bands would take the care and time in sending out material that Judge did. Not only did I get a lovely hand-written (!) letter, but also a full biography, two pages of information on the album itself, as well as links to get more if I needed it (plus a heartfelt “please don’t hesitate to contact me if you need any further information”). Effort in equals effort out, and when people try to help a reviewer like that and make our lives easier, then there is a much higher possibility of getting a review. Of course, if I don’t like the album I will still say so, but when it is one as enjoyable as this then there is no likelihood of that taking place.

This is a collection of songs from a magpie of a composer, covering many different styles, all with Judge’s vocals and lyrics front and centre. His old friend David Jackson (who he worked with in Heebalob before Jackson joined VDGG) is one of the musical collaborators, adding his whistles flutes and saxophones, while John Ellis (Vibrators, Stranglers, Peter Gabriel) is here on guitar. Percussion is also a very important aspect to the overall sound, with many different styles, and it certainly sounds like Judge has not lost any of his touch in that area over the years. Vocally it is obvious this is the work of an older man (he is in his Seventies after all) but this provides gravitas to the words, and songs like “Bongo Cosh Boys” show no sign whatsoever of him slowing down just yet.

The song which lyrically hit home most is the very last song on the album, “Do The Rock ‘n’ Roll”, where Judge tells us how he first got involved with music, and the hold it has on him to this very day. This resonates so very closely with me, as there are very few who make serious money out of this horrible industry, yet we feel compelled to keep doing what we do, with no thought whatsoever of ever stopping. I said to my wife the other day that I thought I would probably stop writing when I retired and she just laughed as we both know I can’t help it, writing about music is like breathing. For Judge, it is the need to perform and record his material, and I for one am incredibly grateful he is. This is a wonderful album, niche, but glorious and will be appreciated by those who want their musicians to be honest and tell us stories from their soul. Highly recommended.

(68:03; SOE Records) Track list: 1. Overture 3:11 2. Round and Round 8:25 3. Air Dance, Part 1 0:36 4. Universe 7:50 5. Air Dance, Part 2 0:58 6. Darling 10:02 7. Air Dance, Part 3 1:22 8. No End 12:14 9. R-and-G Time 4:07 10. Wings of the Fast Lane 19:18 Line-up: Vitaly Popeloff - vocals, guitars Evgeniy Popelov - vocals, keyboards Al Khalmurzaev - vocals, bass Vladimir Badirov - drums, percussion Prolusion. Uzbekistan band Fromuz have been around for the better part of two decades at this point, but they have been fairly silent for around a decade or so now. But after a nine year long hiatus as a recording band they have a new album out. The album is called "The Asymmetric Rules", and is released on a label called SOE Records. Analysis. Fromuz is a band that I recall as more of an eclectic oriented unit that draws in impulses from many different aspects of progressive rock, and even after almost a decade of silence this is a quality the band still has a desire to explore. W
Read more